THINGS ARE GETTING CITRUSY! CHOOSE FROM 2 FRUITY BLENDS WHEN YOU SPEND $49 MIN details One sip of Yacuy Organic Erva Mate is all it takes to transport you to the deep rainforests of Brazil where this delicately floral and superbly complex erva grows amongst the natural plants and animals. No chemicals. No fertilizers. Only sun, rain, and the diverse bounty of the forest to steward this beautiful organic erva. For the aficionados, here’s a gem. Taste the Rainforest with Every Sip 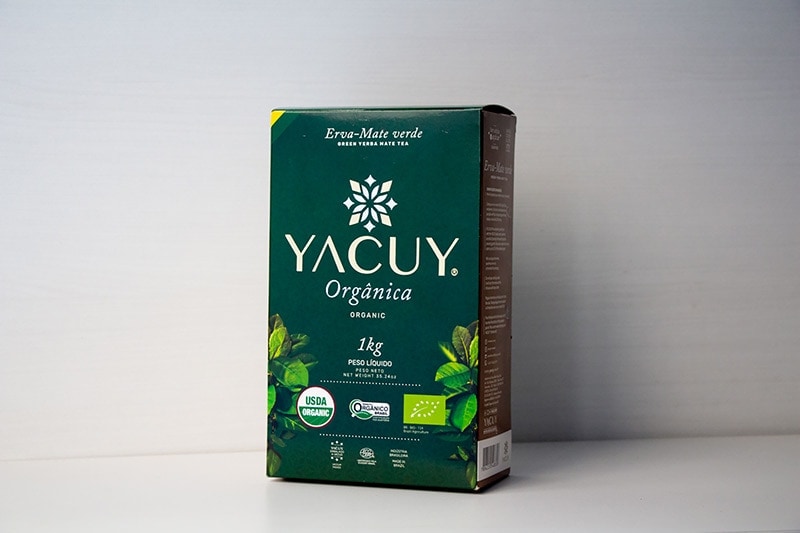 Bursts of fruit and florals detonated in layers of green bready malt. Yacuy is the Brazilian answer to the likes of fine organic Argentine yerbas, sharing similar fruitiness and lightness, but in an entirely different landscape of rich and chewy malt and creaminess almost never found in the likes of Argentina’s Misiones region, where tart, intense green tea, and sour-bitter green reigns supreme.

Erva and yerbas produced in ecological reserves invariably absorb wide latitude of varied floral subtle flavors, usually coming in waves of whispers over the course of many cycles. Yacuy shows such depth, as it’s grown in the protected region of Cachoeira da Usina Velha – Rio Palmital.

Located in the Iguaçu River Basin, the largest rainforest reserve in the state of Paraná, the erva grown here is influenced by the water, land, animal, and air elements, all imparting a distinct dimension and aura that’s experienced when sipping this ever from a cool 160ºF / 71ºC gourd infusion, particularly with a correct bomba (bombilla) of Brazil with a high filter count to properly strain this fine yerba from a large cuia.

When drinking erva, these proper mateware tools, the bomba and cuia, play an important role in the experience. Sipping this erva as it were yerba, in an Argentine gourd with an Argentine bombilla, would do it a disservice, as erva would lack the space of the large cuia to properly unfurl, as it were. Erva needs to breathe! It needs the proper filtration with the bomba to taste as it should. Keep that in mind.

Pepperoni on the nose! Thinly layered spices like peppercorn easily gel with a clean and refreshing green perfume, giving off a grandma sweater smell with a mate perfume. Apple jolly rancher and soft citrus candy elements. Of course bready-malt-bisquick pancake batter is present and expected, but the sweeter tangy elements cut right through to the fore of the nose.

An erva that has clearly captured diversity of the Brazilian forest.

How to Prepare Erva Mate